Someone said something on one forums about adding a bit of cornmeal once every 1-2 weeks just take like a stick or whatever and make a hole put some in and they should keep them happy if they are not getting enough food. I have’t had this problem.

hmm. Well this is what I know about the worms is they seem to like it in the 5 gallon bucket with my plants. The story is like this, my first plant was found growing in my back yard. I dug it up and put it into a 3 gallon bucket along with some potting soil. Later when I transfered it to the 5gallon I could see big *** earth worms in the soil. I thought it was great for the plants so no worries. They never left the bucket, they loved it in there. I would toss my dead leaves in the bucket and kinda cover them a bit. I never had to feed them. And when I was done with the plant I added the worms and old soil to my new plants. The worms are doing good still and show no signs of wanting to leave. This was maybe 8 + months ago and the last time I changed the pots on my new plants there were still worms in there.

The problem with worms in pots is that they need to eat. They eat early stage decaying organic matter, and the problem with most soils is the organic material has already been broken down to the point where the worms can’t eat it. So they are not really practical for pots with a living plant as you would need to be constantly adding raw material to the pot to feed them, and you would have to bury it deep in the pot (because of the lights) which is going to have a catastrophic effect on your plant’s root system as you continuously do this, so it simply isn’t practical.

for lights I use the CFL along with a 70watt HPS that was given to me. Heat isn’t a issue just have one fan running in the room and it says nice in there.

However, you can still get the benefit of worm casings in your garden. I have kept compost worms (red wrigglers) in one of those large plastic storage containers, they reproduce quicky and you basically use them for processing your kitchen compost. They would turn a banana peel into this rich compost in a matter of 2 or 3 days once you reach equilibrum with the worm population vs your trash input, they were voracious. I highly recommend it, the castings are an excellent soil additive for mixing in with your maja soil, or sprinkling on top of a growing plant for a little treat Here is some reading material if you do want to keep composting worms: 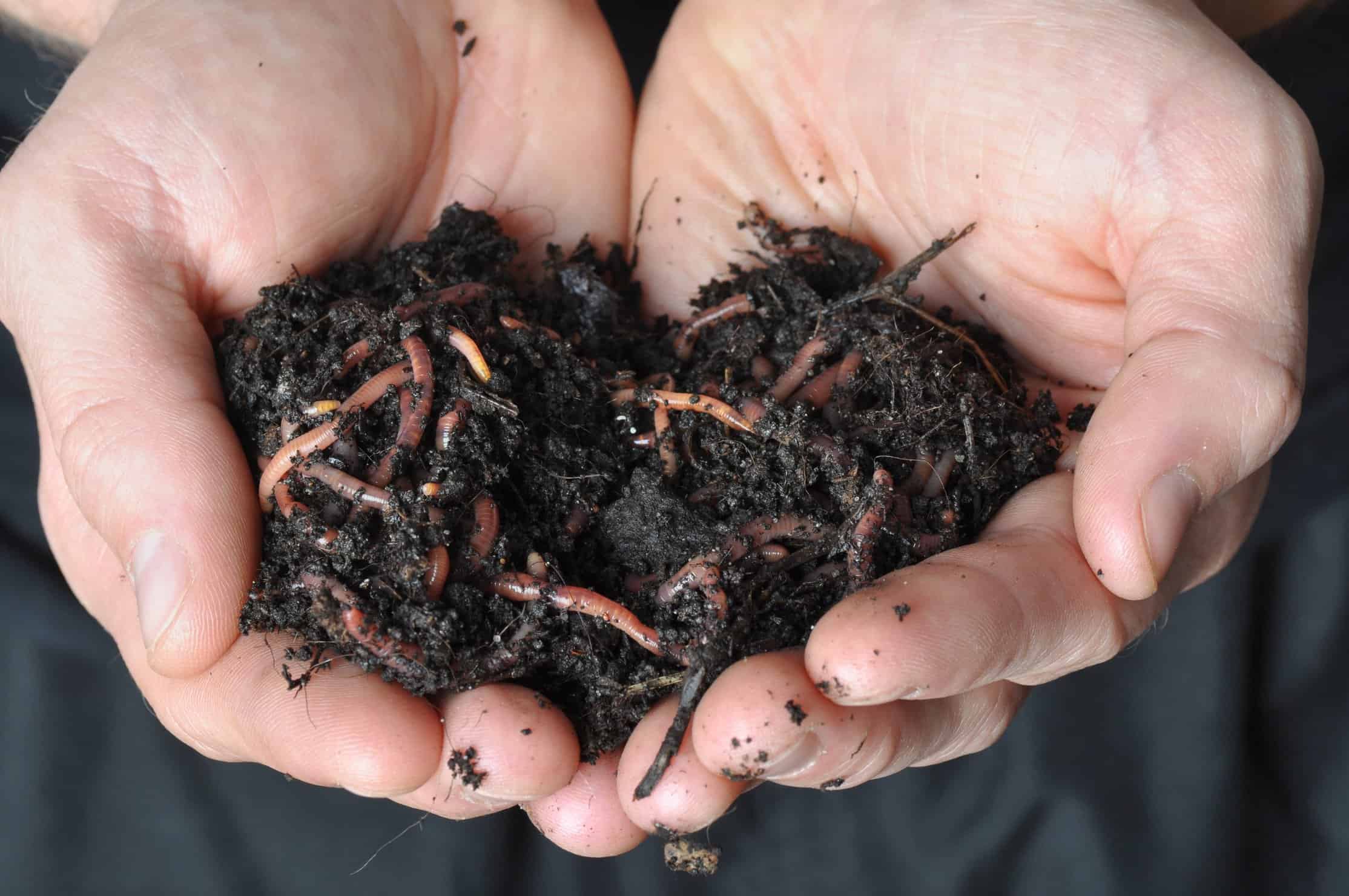 There is a current movement among the public and those involved in agriculture to keep our food and other things we consume—like cannabis—as natural as possible. This philosophy is what feeds the organic produce craze. It seems that Americans can’t get enough of organic products. With the news sources regularly reporting on the dangers of chemicals and toxins regularly found in common food items–even in trace amounts—it pays to be aware of the dangers. Whether it’s pesticides, synthetic growth hormones, dyes, or other nasty and unwanted things, public awareness has never been higher about the possible dangers of putting these things in our bodies. Natural is nearly always better.

Other interesting factoids about earthworms: They are hermaphroditic, possessing both male and female sex organs. Baby earthworms are not born but hatch from cocoons smaller than a grain of rice. They do not have eyes, but are able to detect light from the anterior portions of their bodies. This helps them detect sunlight and burrow away from it—which is an important ability, because if earthworms become overly dry, they perish.

Along with natural nutrients like bat guano and kelp, earthworm castings remain at the top of the list of desirable plant foods among organic farmers and cannabis growers. Often, popular products for growing natural, organic cannabis are rich in these ingredients—for very good reasons. You can feed these organic materials to plants without fear of burning them with nitrogen—although earthworm castings contain as much as 5% more nitrogen as garden soil. Without the propensity to burn cannabis, like so many other fertilizers, some people using organic earthworm casting-based soil amendments nearly every time they water without any fear of negative effects. Because they are rich in nitrate, phosphorus, potassium, calcium, and magnesium, earthworm castings make an outstanding alternative to synthetic chemical fertilizers.