Dyna-Gro Grow + Bloom is my recommended nutrient system for newbies. One bottle for veg, one for bloom. Super simple!

The Best Cannabis Nutrients Aren’t Enough! Check the pH of your water to plants to prevent nutrient deficiencies

A cannabis plant turns pale all over (left) when it needs higher levels of nutrients overall. If plant is a healthy green (right), stick to half the recommended dose.

Examples of Good Can nabis Nutrients

In a pinch, nutrients for Shultz “cactus” or “succulents” can be used in the flowering stage until you get better nutrients because it contains low amounts of N and plenty of P & K.

Name of base nutrients for… 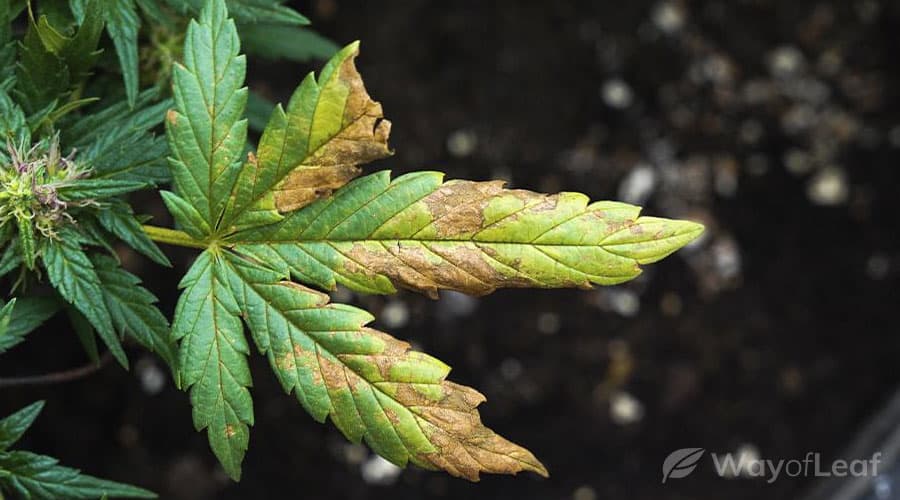 While marijuana plants don’t need a large amount of sulfur, it is still considered an essential macro element. As well as aiding enzyme formation, it helps to construct proteins. Sulfur is also pivotal in the development of chlorophyll molecules. If your plant is deficient in sulfur, calcium, magnesium, or iron, it can display symptoms like yellowing or dying leaves.

Maintaining higher proportions of P and K is critical when flowering. This is because the plants use larger amounts during the flowering stage than during the vegetative stage.

If a marijuana plant doesn’t receive enough of a nutrient, it will show signs of a deficiency. Let’s explore this issue in greater detail below.

Besides the macro elements, there are several more elements needed in much lower amounts. A deficiency in any of the following microelements will negatively impact the health of your plants: