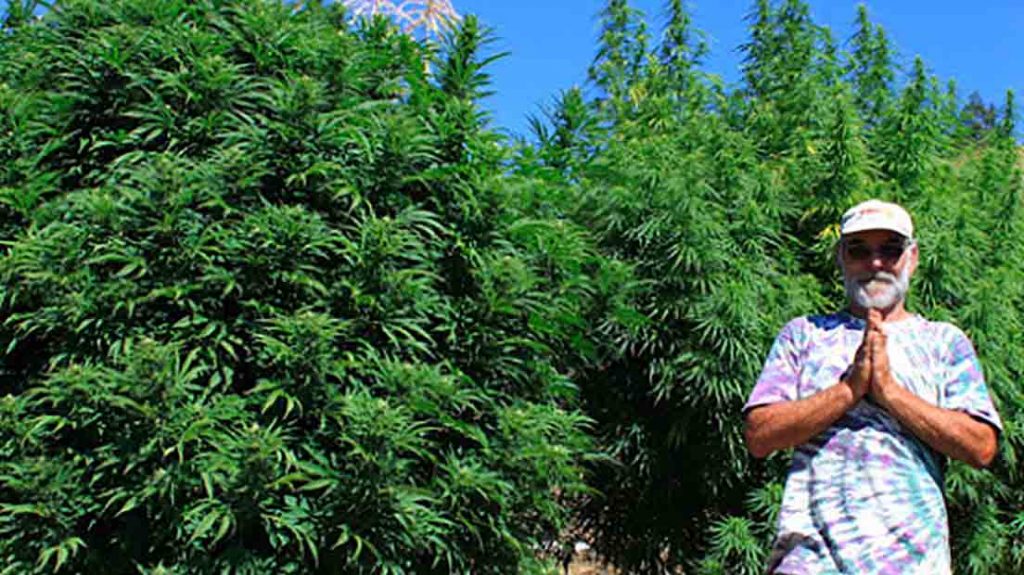 It was one of the first times the reputable Dr Miller had encountered high CBD concentration crops and the results made a big milestone. The biggest news was that Miller informed Ringo that there were eight other strains that also had the potential to be high in CBD.

There is only one thing Lawrence Ringo loved as much as botany, and that was music. Lawrence was encouraged by his grandmother to begin studying music at the age of seven and is known for his work as a musical composer. The guitar was his favourite instrument and he was even known locally as “Guitar Monster” among his peers.

At the time we knew very little about CBD, but Samantha conveyed its vital importance in the seed scene, with its previously almost unknown properties. This was truly the moment that defined So Hum Seeds as we know it today.

Light deprivation is precisely this: using greenhouses with covers that can block sunlight, so the grower can induce the flowering phase by reducing the light hours even outdoors. This was a revolutionary measure that changed the cultivation procedures of many growers.

Who is Lawrence Ringo?

Like many manufacturers delving into the possibilities of cannabis, his intention was personal. He had suffered from severe back pain since childhood. With a disc missing between his third and fourth vertebrae, his bone pain required something more than pharmaceuticals could offer.

To this seed cellar were added varieties from exotic locations such as Mexico, Afghanistan and Thailand, regions popular for producing legendary marijuana varieties grouped under the name heirloom seeds or heirloom varieties. Lawrence Ringo’s work also involved improving such interesting plant characteristics as the presence of active cannabinoids such as THC.

During the same decade, Lawrence Ringo acquired 1.5 square kilometres of land for extensive and intensive cultivation. Lawrence’s work on the cannabis plant was improved with the acquisition of this land and he was finally able to give meaning to the seed cellar that he had worked so hard to collect.

Thus, the entire cannabis scene rejoiced the day Samantha Miller, one of the founders and top exponents of Pure Analytics, a California lab, informed the SoHum Seeds team that their Sour Tsunami had yielded over 11.3% CBD, while retaining 6-7% THC.

Lawrence Ringo continued to collect a variety of strains from all over the world, resulting in a total of 20 new strains during the early 2000s. It was not until 2009 that Lawrence Ringo began to shape the Kush Seeds project, which would later give rise to SoHum Seeds (South Humboldt Seeds), the seed bank that popularized the figure of this visionary.

Now, about Ringo’s Gift’s name: while we’d love to claim a Beatles connection, it turns out the strain is named after a breeder who was a huge cannabis advocate and CBD pioneer. In the world of marijuana, it’s easy for CBD to be overlooked thanks to the uplifting and innovating effects of THC. It can be tricky to find a strain with more CBD than THC, meaning you’ll experience limited psychoactive effects but all the pain-relief you could ask for. Smoking Ringo’s Gift is like applying CBD oil to your body.

Ringo’s Gift is a hybrid with impressive CBD levels. The ratio of this strain varies from 1:1 to 24:1 (CBD to THC).

Looking for a strain that can adjust to your needs? Ringo’s Gift marijuana seeds are the perfect solution. This high CBD strain can be found in different ratios, from 1:1 all the way to 24:1. The higher the CBD content, the more pain and inflammation relief you can expect. It’s no wonder Ringo’s Gift is such a highly praised hybrid in the medical community. This strain can help treat all levels of pain from mild to severe, which includes migraines, muscle tension, and arthritis.

Higher doses of Ringo’s Gift, however, can produce subtle mental stimulation, namely with creativity. You may feel your mind expand to explore new ideas and projects. But for the most part, expect your body to melt into the couch for hours. Ringo’s Gift marijuana seeds can lead to extreme couch lock for most the day, so be sure to clear your schedule beforehand.