“We do need men and we don’t want to be exclusive of the men,” Meeusen said. “We just want the women to own the businesses and hold all the offices in town.”

Meet the 'weed nuns' who put faith in the healing powers, and profits, of cannabis

The Sisters of the Valley, a group of self-styled “weed nuns,” are putting their faith in the healing power of cannabis.

Meeusen said she lived and raised her children in the Netherlands, which has universal health care.

Despite their moniker, this nonreligious sorority of radical feminists resides in Northern California farm country. The women grow cannabis on the sun-drenched property, tucked among vineyards and apple orchards. They use a strain of marijuana that eliminates THC, but still contains CBD (cannabidiol), which is touted for its healing properties.

A few of the women live on the compound, and six of them work on the cannabis business, along with two “Brothers.”

The Sisters of the Valley sell products for various ailments including insomnia, arthritis and anxiety. Their top seller is a tropical salve that soothes achy joints. That product alone rakes in $3,000 per day, according to Meeusen. 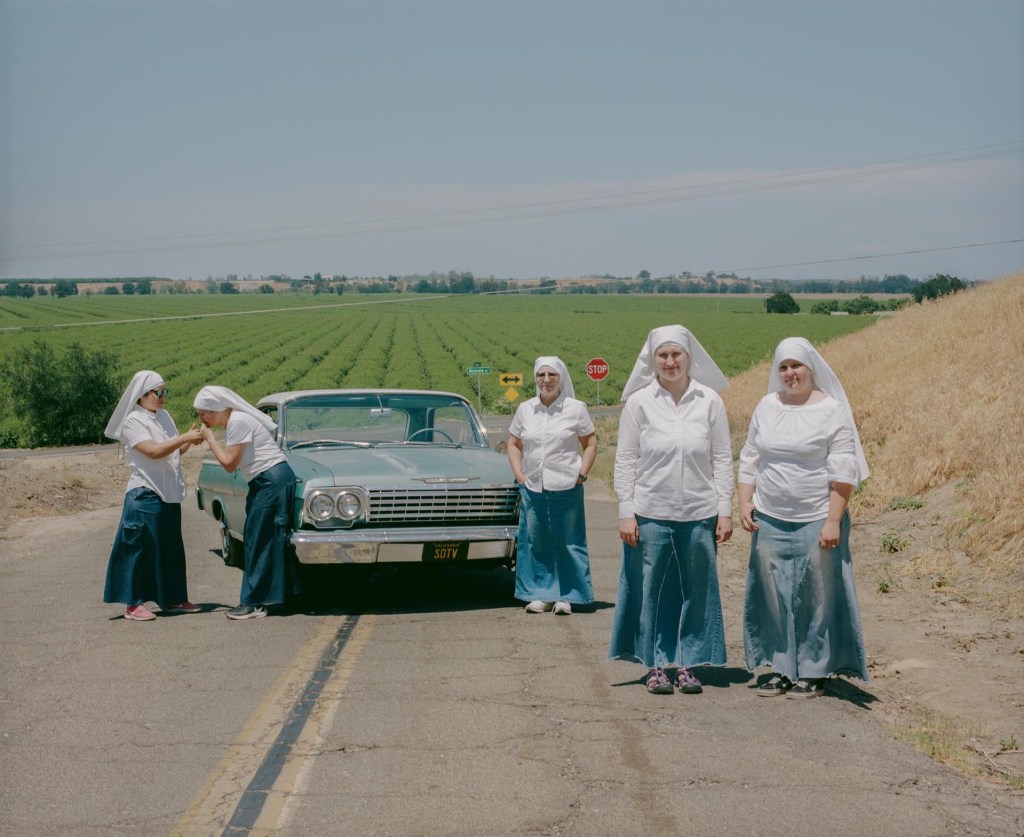 During her years of protests against tuition hikes and budget cuts throughout California as a self-proclaimed nun, the question arose: What would a new order of nuns look like? “I thought everybody would think I was crazy because I was this single, self-declared sister, but really it sparked a debate about what a New Age order of nuns would look like if they were refounded today in this environment,” says Sister Kate. In August 2013, she was invited to a gathering of Native American tribes at the Tule River Reservation in the San Joaquin Valley. There, she talked to the women elders who held ancient knowledge of making medicine from plants. “When I came off of that mountain, I’m like, ‘Damn, I’m going to form my own sisterhood,’” she says.

The sisters prepare for a moon ceremony. “We start our medicines on the new moon, and we finish our batch on a full moon,” explains Sister Kate. “As soon as we close out on a full-moon batch, we plan for the next. In between, we’re labeling, bottling, testing, and getting ready for shipping.”

Part of the Sisters of the Valley business plan involves devoting their work and life to the cycles of the moon, which they believe is what their ancient ancestors did. Their harvest ceremony, which takes place during a full moon, begins with a reading from the “Book of the Beguines,” a pamphlet written by the enclave. “There’s no such thing as a ‘Book of the Beguines,’” Sister Kate confesses. “They were all burned. We make our own readings. We have to imagine what our ancestors would have said, what they would’ve done, and how they would have reacted to local political forces. Our closing prayer is from Season Four of Game of Thrones,” she says, laughing.

In the middle of California’s Central Valley, in a modest milky-blue home on one acre of farmland, lives a small group of nuns. They wear habits and abide by a set of vows, but as the door opens, it’s clear that the Sisters of the Valley, as they’re known, aren’t living in a traditional convent. Because as the scent wafts out, it’s unambiguous: It’s the earthy, pungent smell of weed.

From 'Mother God' to Mummified Corpse: Inside the Fringe Spiritual Sect 'Love Has Won'

When we visit, five women live in the home: Sister Kate, 62; Sister Sophia, 49; Sister Quinn, 25; and at the moment, Sister Luna and Sister Camilla, both 34, who are visiting from Mexico. Sister Kass, 29, lives off the property with her two children and her partner, Brother Rudy, the collective’s crop manager. On this sunny day, the Sisters of the Valley home is flooded with golden beams of light; a cream-colored piano stands against the wall with an ashtray and joint placed on top. Sister Kate picks it up, lights it, and thoughtfully inhales as she sits down to play “America the Beautiful.” She’s using a piano-learning app filled with Christian songs and national anthems — the two genres of music she dislikes the most. But there is an underlying motive: “The Christian kids nearby have contests, so if I do a lot of practicing in a month, then I can beat them,” she says with a raspy laugh. “There is some gratification in beating the Christian kids.”