The origins of Northern Lights are shrouded in mystery because there is no one single breeder who can take all of the credit for its creation. It was developed for indoor cultivation in the late 1970s around the city of Seattle in Washington state although the various genetics that gave rise to this hybrid was known to have originated in California from whence many great, modern hybrid strains of cannabis hail. The first iteration was the result of a stabilised sativa crossed with an Afghani indica.

Northern Lights made the journey to Holland in clone form and was introduced to the nascent cannabis seed market in 1985 by The Seed Bank. Due to the fact that it was only available in clone form, it could not undergo a process of in-breeding to stabilise it in order to produce seeds. For this reason, it was crossed with both Skunk #1 and Original Haze leading to the availability of seeds to a market of grateful growers.

The modern-day Northern Lights clearly displays its Afghani Indica heritage growing into small plants that nevertheless produce dense buds with loads of resin. Although primarily an indoor strain it can be grown very successfully outdoors in warmer areas. It gives a sweet smoke thick with resin and the effect is of a comfortable but lazy feeling which has come to be known as “couch-lock”.

Strain Characteristics: Thanks to her Afghani heritage, expect this lady to grow short and stocky, with a fat main stem. She will grow with a dark green, waxy appearance where she will finish low and not stretch much once flowered. Her internodal spacing will remain short and tightly stacked, meaning when she flowers her buds will grow into small, rock hard nugs filling up the entire branches.

she remains low and out of sight, she is well suited for balcony and terraces. Yields of 400 – 500 g/m² can be expected. THC will range between 16-20% and her terpene profile is a vintage old school, earthy, spicy, with overtones of fruity and floral fragrances.

The world famous indica notorious for her rock hard dense buds, immense plant resistance and potency. A short sized plant that is easy to grow great for plant training, requires very little maintenance and has a fast flowering time, perfect for commercial growers wanting big yields in a short time.

The flavours when smoking a very bold, spicy with an under lining earthy funk, that lingers in the mouth long after the exhale. Medical patients may find this strain useful for relief of stress, insomnia, inflammation, muscle spasms and reducing feelings of anxiety.

Experiencing this strain: Northern Light feminized is a strong strain, that has a very happy, giggly and dream state effect. Smoking her long enough will leave your eyes feeling puffy with a big smile on your face. She can have a heavy physical effect due to full blooded indica effects, so is best suited for evening times, or when you are putting your feet up with nothing to do. 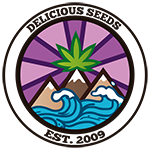 We brought this strain to Spain in 2000 from Holland. It is a modern version of the original famous NORTHERN LIGHTS from the 80s, but more productive and extremely strong, very powerful and highly commercial.

Its effect is very srong and will not let you think and creates a feeling of complete relaxation.

It has an oaky and earthy aroma.

A powerful INDICA variety sold in Dutch coffeeshops since the late 90s.

You will be surprised by the size of its enormous and dense buds which are packed with resin. It is a certainly our most productive plant. Outdoors it will normaly be ready in early October but you must be careful as the size and density of its flowers make it prone to have problems with fungi.