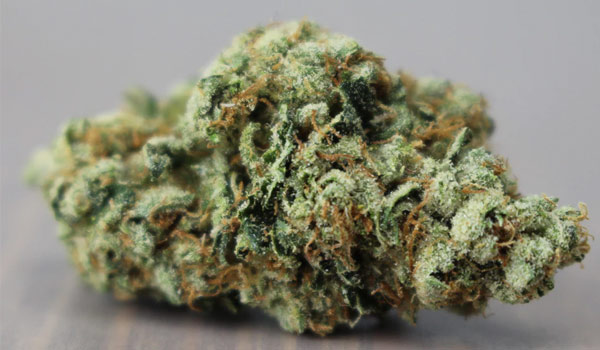 A tingling sensation emanates from the temples after about an hour or two. It lightly dances between the eyes, soothing the crinkles above the forehead, before gradually traveling down to the toes. It relaxes the body by kneading the muscles until it loosens tightness.

In the famous children’s story, Jack and The Beanstalk, Jack acquired magic beans that eventually grew into a gigantic beanstalk that led to a home of giants. Although it does not grow as tall, Magic Beans OG does have a commanding presence – especially its buds which are as solid as that of Jack’s beans. In the palm of one’s hand, its thick coat of trichomes leaves a sticky film, indicating its potent THC levels of 16% to 18%.

Its initial psychoactive buzz is marked by an uplifting onset that clears the mind. It leaves users feeling happy from the inside as it brings back cheerful memories. Eventually, the pleasant disposition enhances the mood and prepares one for the upcoming Indica effects.

GWKxBT was a side project that was done and released as freebies with the Bubba Trouble strain. Many growers asked when this strain would be back and if it would be come a regular strain, we decided to move forward and keep it around due to the stand out performance, and glowing reviews.

Bum Wine Auto (also know as Tyronascope) is a flavor to savor for the funk enthusiast.
Bringing together the size and structure with the berry bubblegum flavor of the Hubbabubbasmelloscope and the frosty funky crack vapor of the Tyrone Special results in a funk extravaganza that is unlike any auto on the market. One can expect flavors from a piercing berry/grape wine sweetness with a funky fermented nose clearing alcohol vapor. Airtight containers are highly recommended.

Smooth Criminal is the first photo period released by Magic! It Started in 2016 with Twisty Seeds ATF x Mob Boss being taken to F3 and made it his own and named it "Nitti" concluding a 2 year Project. During the F2 run of Nitti a male was used to pollinate an ACE seeds Bubba Hash which is a Katsu Bubba x 90s Hashplant. Offspring from that cross was taken forward to F3 over 2 years of work. The goal was to create a strain that reminds growers of "Golden Day" flavor of cannabis in the 90s, But with modern day potency.