LSD-25 handles light cycle interruptions, nutrient and ph swings as well as temperature fluctuations, taking all in its stride except for one thing – it is a really thirsty strain that gulps water like it’s going out of fashion. Do not miss a watering or you will rue your forgetfulness! LSD-25 does well in all growing media and will reach a height of 70 – 120 cm. tall, becoming bushy in the process. In fact, it is one of the few auto plants that takes to training very well. In the latter stages of flowering, buds turn purple with black splodges that look as though someone flicked a wet paintbrush! In an 8-week cycle yields of 450 – 500 gr/m2 indoors , or 50 – 250 gr/plant outdoors , are harvested.

During flowering, LSD-25 has a powerful aroma of paint and varnish coupled with a sour, earthy background so you might want to use some scent control – although it might also make people think that you’re up to a bit of DIY! THC production is between 21% – 23% with 1.1% CBD . Its high resin production makes it worth the time and trouble to make hash from.

LSD-25 Autoflowering is a powerful medicinal strain for both mind and body. It is a very forgiving strain to grow, is covered in white resin crystals and hits home very hard.

Once dried and cured, the aroma and taste is very reminiscent of diesel fuel. The effect of this strain is almost devastatingly strong, such that it is possible to overdo it if used enthusiastically. A powerful body effect is complemented by a long-lasting creative, psychedelic effect. Ideas and thoughts will become kaleidoscopic and tumble freely.

We should also mention the colors and shades that mature plants will exhibit. During the stage when the buds build up mass, the calyxes acquire a deep purple shade with black splotches. Just before harvest the super-dense buds look like black holes. This strain is not only the most bright and beautiful specimen in our catalog, but has also consistently earned top marks when rated by a large amount of individual growers throughout the world. It's truly an aesthetically delightful sight when, during the final days of flowering, purple buds glisten with white crystals and black resin, in which the THC content rolls on up to 21-23%. LSD-25 is ideal for making hashish and is commonly used as a remedy for insomnia and gastrointestinal disorders.

LSD-25 is a straightforward strain that's so easy to grow, we can safely recommend it to first time growers. She'll forgive your mistakes and clumsiness while you learn. Incredibly vigorous genetically, she will withstand pH swings, interruptions in light, excessively high and low temperatures, and haphazard feeding schedules. There's only one thing about LSD-25 that we would like to warn you about: this strain is a real water gulper, so don't forget to water it regularly. It demonstrates great growth characteristics in all methods of cultivation: coco, hydro, aero, and others. Plants reach 70 to 120 cm in height (2.2 – 4 ft) and are bulky, but feel free to train them and bend their compact branches as needed. This is a real champion that's fast from start to finish – from the appearance of the first pair of leaves to harvest, which represents a period of just 8 weeks. Like all the strains in our catalog, LSD-25 is good for cultivation outdoors, in greenhouses, and indoors. She steadfastly endures adverse soil conditions and high humidity, in which any other hybrid would fall victim to mildew.

Without any doubt, this strain is our entire team's favorite and we are sure it will become your favorite as well.

It has an odor of paint and wood varnish, so we strongly recommend the use of carbon filters. During flowering it exudes a pleasant sour-earthy aroma, which is a testament to the quality and strength of the finished product that will be savored by even the most experienced of smokers.

Although the effect could be called a classic powerful body stone, LSD-25, of course, also has a psychedelic effect that is manifested as active creativity – you are overflowing with ideas and inspiration. If you smoke it heavily, you will notice some visual effects. Don't forget to cure the buds a little, which will open some new dimensions to this strain. The effect of smoking is so long lasting and powerful that you can easily over-smoke it, even if you have a very high tolerance to THC (which is a rare occurrence with autoflowering strains).

A certain amount of courage was required when we undertook the task of crossing the legendary strain LSD. But we challenged ourselves and weren't disappointed when we were rewarded with one of the most snowy, beautiful strains that will effortlessly and instantly slam you hard with its tremendous strength. 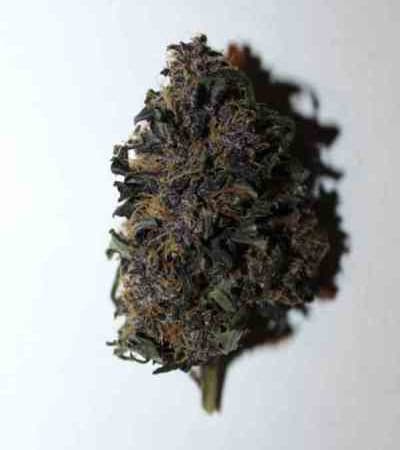 Took about 79 days from start to finish but turned out nice. Not the prettiest plant as far as trichomes but it packs a serious punch. Its a must-have!