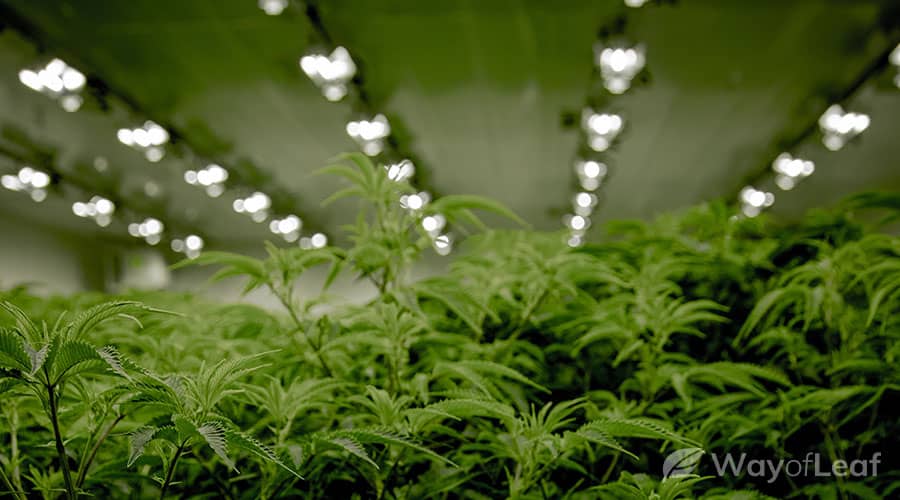 If you live in an unsuitable climate for growing marijuana, you have little choice but to grow it indoors.

It began with a ban on the plant by the state of Massachusetts in 1911. In 1937 the federal government passed a notorious piece of anti-marijuana legislation – The Marihuana Tax Act. The final nail in the coffin for marijuana came in the form of The Controlled Substances Act of 1970. The Act designated marijuana a Schedule I substance “with no accepted medical use and a high potential for abuse.”

There is no question that it is far more expensive to grow marijuana indoors. First-time growers are routinely shocked by the list of equipment they need. An indoor climate control system can cost thousands of dollars to operate.

Although you can benefit from several harvests per annum, it means constant work. Lighting alone can be a total bank breaker. We’ve heard stories of home growers who face monthly energy bills of over $4,000!

If you live in an unsuitable climate for growing marijuana, you have little choice but to grow it indoors. The downsides of indoor growing include incredibly high start-up costs and lots of maintenance. On the plus side, you can grow several batches of crops per year. Once you get used to indoor farming, you’ll find that it is much easier than you initially imagined.

Finally, you may not be legally allowed to grow outdoors. States such as Colorado allow residents to grow cannabis without a commercial license. However, most states that permit growing only do so with the proviso that it takes place indoors, and out of sight. It is important to note that regulations and limitations can vary according to city and county – sometimes within the same state.

Another big plus of growing marijuana indoors is the ability to grow all year round. As you don’t have to wait for a growing season, you can enjoy multiple harvests per year. With 3-4 harvests a year, you can greatly exceed the limited returns associated with growing cannabis outdoors.

Crops grown outdoors have a longer gestation period, and you are completely reliant on their natural life cycle. As a result, you may not be able to harvest your crop more than once a year. Nature also throws up its fair share of challenges. If your local area is experiencing an unusually dry or wet season, it can play havoc.

The ultimate factor is the goal, Rosenthal said. If you want a certain grade of cannabis, such as a gorgeous, stanky dried flower with a consistent quality, indoor could be better in spite of the upfront and maintenance costs.

Controlled lighting in the greenhouses prevents flowering, keeping the plants in the vegetative phase longer so that they gain mass, Zwicky said. But most importantly for Plena, greenhouse cultivation allows for consistency across the plants and ensures there is a crop ready to plant once a field has been turned over.

With advances in outdoor farming, a lot of drawbacks can be mitigated no matter where you live. And no light bulb can produce the same spectrum as the sun. Some argue that although outdoor flower may not look as pretty as indoor, the taste, effects, and aroma are better.

In addition to nature, Plena is also embracing Big Data—weather stations gather endless information; crops are analyzed and compared. Combined, the data will inform when different varietals should be planted in order to thrive. 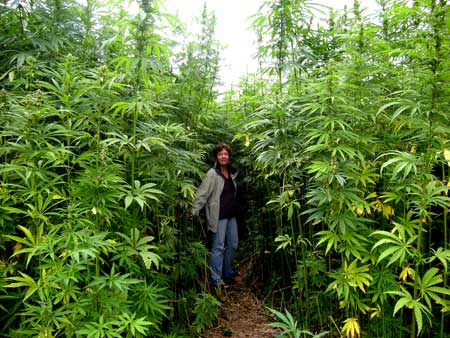 Outdoor can be as cheap as getting seeds or clones and sticking them in the ground. In most cases, it will cost at least a bit more than that, especially for those who want to get high yields and dense buds, because you will also be paying for nutrients, soil, fencing and/or other supplies. Still, even serious outdoor growers get to skip on paying for grow lights or grow tents.

Indoor growing is often difficult for new growers as they learn the ropes, but seasoned growers are often able to grow plants in a breezy 20 minutes/week or less because they already know exactly what to do.

Indoor takes more work from you on a regular basis because there are more variables you must control, and more that you must personally provide to give your plants a good growing environment.

There are two major ways to grow marijuana, indoors and outdoors.

Conclusion: Which Is Better?

As someone who lives in the middle of a big city, when I first started growing marijuana, my garden was indoors because that's really the only choice I had at the time. At first I felt like a mad scientist, but after a while my indoor grows became easy and routine. Now that I've grown indoors several times, I've realized I truly enjoy being the total master of my garden and consistently harvesting ultra-dank buds every 3-4 months.