They allegedly found a "hidden" doorway, which could only be opened electronically, behind a bookshelf inside the Greenwith property in Adelaide's north-east.

They said a number of racks, apparently previously used for drying harvested cannabis, were also seized.

Another 99 cannabis plants were allegedly found in five separate grow rooms at the Port Wakefield property. 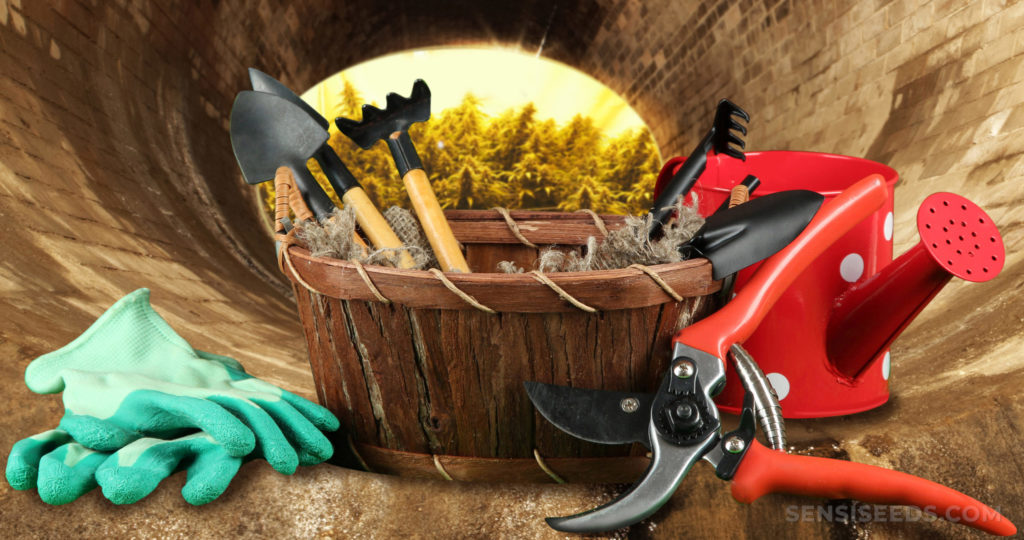 Due to the absurd and draconian policies still inflicted on populations by governments the world over, people will go to extraordinary lengths to grow weed and avoid detection. Here, we list our ten favourite examples of weird and wonderful grow room locations:

1. In an underground trailer complex

The grow was located in a grand total of four buried shipping containers, all connected by a complex system of tunnels, and accessed by a trapdoor cut into the floor of a caravan!

2. At a sewage works

Hidden cannabis plants in a botanical garden? That’s the work of a camouflage genius.