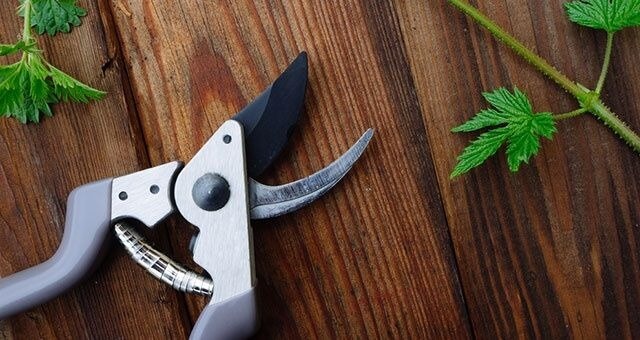 Now let’s get down to the hands-on part of how to make clones from weed plants. You want to clip new growth tips on the plants, where there is a new branching and a new top. It is also better to take your clippings from the lower half of your plant, as these leaf shoots have more rooting hormones than those higher up. They will grow roots more quickly because of these hormones.

Proper lighting – This will be very well understood if you already know how to grow cannabis, but we’ll go over it again briefly in case it’s not. Natural sunlight is best of course, but that’s not possible for many growers much of the time. If that’s your situation, T5 grow lights are the best for clones and seedlings, and especially when suspended 8 or 9” above your clones.

The first consideration you’ll need to have when cloning marijuana is that a ‘mother’ plant will be required to get the clones from. Obviously, choosing a female plant that displays signs of vigor and good health is best. If you have one of those you’ve likely at least mastered the basics of how to grow marijuana, but now you’re about to start down a whole new path.

Here’s a list of the primary supplies you’ll need:

Depending on your situation you may need more supplies, but everyone who’s going to try cloning marijuana will need these four.

An overview of cloning marijuana will explain how it involves cutting of a small piece of an existing marijuana plant and then having that plants develop its own roots . The cut piece of plant will have the same gender and exact same genetic structure as its donor plant, meaning that the plant that eventually regrows itself from the cut piece will too .

Cloning is a bit of a hot-button issue in the world these days. Only as far as cloning humans is concerned though. That’s fair enough considering all the moral, ethical, and spiritual considerations that come along with premise of replicating a human life. There’s no such questions to be debated in the botany world, and cloning plants has been done with much success for decades now. For example, cloning marijuana is an example of this approach to growing plants is a hit with home grow enthusiasts around the world.

You CAN grow a marijuana plant from a seed, but if want the same strain with exactly the same properties, and in some case the same unique characteristics, then you will need to clone it. If you ask an expert about how this process works, be prepared to absorb a LOT of information.

Finding a hermaphrodite in your growroom can happen at any stage of the flowering cycle and is indicated by the presence of male flowers growing on the same plant as female flowers. As with all species in nature this can occur in varying degrees. A plant can become slightly or majorly hermaphroditic. In cases where singular male flowers are found between the branch and stalk nodes, you should be diligently removing them as they grow. You must re-inspect the plant top to bottom every few days to be sure pollination and seeding doesn’t occur. If you find male flowers (anthers) actually growing from within the female flowers (buds) the situation is a little more dire. You can still remove all the male anatomy as it appears, but it will be harder to find and much more prevalent. This is a horrible discovery that leads to a tough decision: Should you let the plant live and risk the whole crop being ruined by seeds?

Negative stressors can combine with small interruptions of the light cycle to cause hermaphroditism, especially with less-stable, clone-only hybridized strains. When the night cycle is abnormally interrupted, it sends a mixed hormonal signal to the plant. This can cause a full female plant to throw some male flowers. Male flowers are easy to identify, especially when side by side with female flowers. Male flowers look like small bunches of bananas, which will take a week or two to swell before they burst and release their pollen.

Light poisoning is the most common cause for a normal plant to hermaphrodite.

Light poisoning refers to the flowering night cycle of a plant being unnaturally interrupted with light. The best way to prevent this is to close yourself inside your darkened room during the daylight, and then after allowing a few minutes for your eyes to adjust to the dark, check for any light leaks from covered windows, door jams, etc. Also cover all timer and appliance lights with tape.

Cannabis plants are monecious. This means they have the ability to be either male or female. Or in the case of hermaphroditism, they can be both. The reason to make sure there are no males or hermaphrodites in your garden is because male flowers make pollen. When pollen touches the white hairs on a flower, it makes a seed, and seeded weed gives you headaches. Even though there are reasons in nature hermaphroditism could be important, such as continuing the species in case there is no male present, hermaphroditism is generally a bad thing when talking about cannabis plants.

In either case, once hermaphroditism has compromised the safety and purity of your sensimilla, the plant should not be propagated further. Remember, once a hermy, always a hermy. The plant pictured here is in the tenth and what should have been the final week of ripening, but a timer failed and one light stayed on continuously for almost two weeks, causing this vegetative regrowth. Because the light was continuous, the plant made no pollen. This method of re-vegging can be used to save a flowering plant you have no copies of, but be careful, as this may cause some strains to hermaphrodite.

Purposefully causing a plant to hermaphrodite is called selfing. Gibberellic acid or colloidal silver is typically sprayed onto the female plant. This technique is used to make feminized seeds and uses the plant’s ability to be both male and female to force a female plant to produce male flowers. The pollen contained in these male flowers can only produce female seeds. Just keep in mind that feminized plants should not be used for breeding, as they were produced without a true male, making them genetically inferior.