Experts note that these findings are insightful, although preliminary.

So far, 10 states and the District of Columbia have legalized recreational marijuana use. Legalization seems imminent in several other states, including New York and New Jersey.

It’s not the first research to find that cannabis use may cause changes to the teen brain.

According to the most recent data released by the National Institute on Drug Abuse, 32.6 percent of 10th graders reported using marijuana at least once during their lifetime.

Marijuana has shown considerable promise for treating medical conditions including pain, muscle spasms, seizure disorders and nausea from cancer chemotherapy. At least some of those benefits are thought to come from cannabidiol, a chemical component of the marijuana plant not thought to produce mind-altering effects. But experts believe that more research is needed to determine how and why the brain is affected by early marijuana use amid changing societal attitudes toward the drug.

A recent study found that teen brains are more vulnerable to the effects of marijuana than alcohol. And in June, University of Pennsylvania scientists discovered that young people who used marijuana frequently were more likely than nonusers to have slightly lower scores on tests of memory, learning new information, and higher-level problem solving and information processing.

“As is always the case, more research is needed to replicate these effects, to try to understand the mechanisms, and critically, to unearth what additional factors may identify which cannabis-using kids show these effects and which ones don’t,” said Garavan.

“Most people would likely assume that one or two uses (joints) would have no impact, so we were curious to study this — and especially to investigate if first uses may actually produce brain changes that affect future behavior like subsequent use,” Hugh Garavan, lead author of the study and a professor of psychiatry at the University of Vermont School of Medicine, said in an email to NBC News.

The study did not say what the increased brain matter volume means, but the researchers noted that the enlargement of gray matter contradicts normal adolescent development. 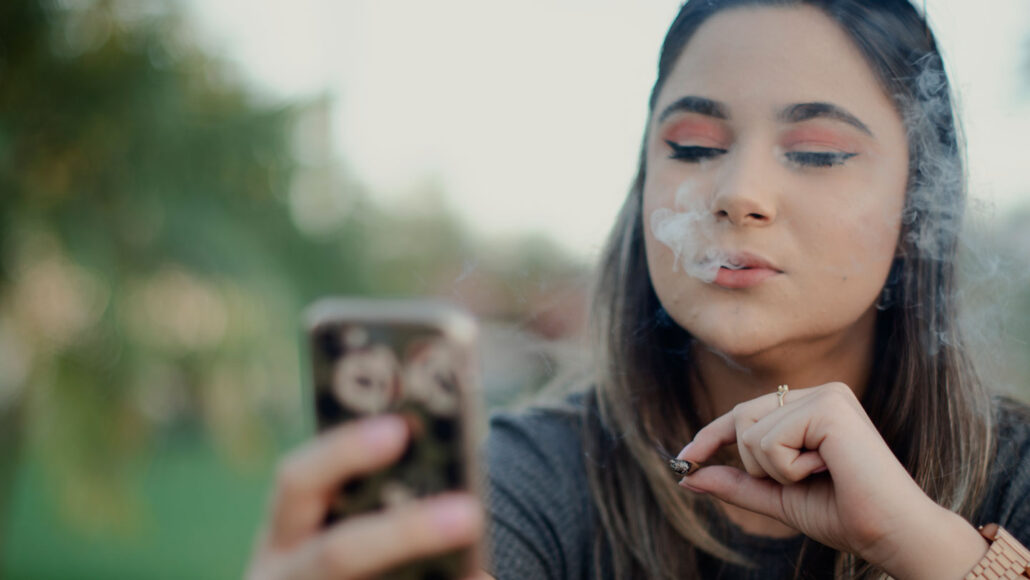 One part of the brain changed more in cannabis users than non-users. Called the prefrontal cortex, it sits right behind the forehead and above the eyes. This region is involved in decision-making and other tasks. It tends to thin during adolescence to help the brain work more efficiently. But that thinning sped up in teens who reported cannabis use. The more drug the teens used, the faster the prefrontal cortex thinned, Albaugh’s team now reports.

The teen study does not prove that cannabis caused the faster thinning. But it adds to growing evidence that early cannabis use may affect brain development.