Buy Club 69 seeds online with Seedsbay. Here you will find detailed information on the Club 69 cannabis seeds, from specifications and reviews to flavors and effects. We have listed every seedshop where you can buy Club 69 seeds along their offers. Compare prices on Club 69 seeds and get the best deal for yourself!

Unfortunatly, there are no offers available to buy Club 69 seeds. Do you know a seedshop selling Club 69 seeds? Send us a message and we will add the offer as soon as possible.

Unfortunatly, there are no offers available to buy Club 69 seeds. Do you know a seedshop selling Club 69 seeds? Send us a message and we will add the offer as soon as possible.

Read the Club 69 seed specifications in the table below. The values may vary between the different seedbanks where you can buy Club 69 seeds.

This strain is pretty relaxing. It’s definitely heavy. I like the exhale taste of it. About 5 minutes after I started getting sleepy. Great for stress too

You want to buy Club 69 seeds? Get yourself informed about the effects of the Club 69 strain. Club 69 is known for the following effects:

The Club 69 has Sweet, Berry, Blueberry, Strawberry and Flowery flavors while the effects of club 69 are reported as relaxed, sleepy and hungry.Club 69 seeds are not available to buy online at the moment, we will update the information as soon as we have a seedbank selling Club 69 seeds.

Club 69 has a strong odor as a result of its high THC levels. It has tantalizing floral overtones with fruity undertones that intensify once the buds are broken apart and combusted. Inhaling its sweet smoke reveals a blend of grapes and strawberries. The sweetness is complemented by the refreshing taste of pine and an aftertaste of gas on the exhale.

It has a soothing body buzz that starts at the temples and makes its way down to the rest of the body. As it travels through the muscles, it appeases a variety of aches and pains. Its relaxing properties also ease turbulence in the stomach while encouraging a hearty appetite. Because of this, it is a source of comfort for patients dealing with eating disorders such as cachexia or anorexia.

Medical Use and Benefits

Its best use, however, is managing symptoms of depression. It not only enhances the mood but also replaces self-depreciating thoughts with positive reinforcement. As a result, a subtle boost of confidence and an overall upbeat disposition can be observed. However, one should remember that relief is only temporary. To address the problem better, users should consult with a health profession and develop a long-term wellness plan. 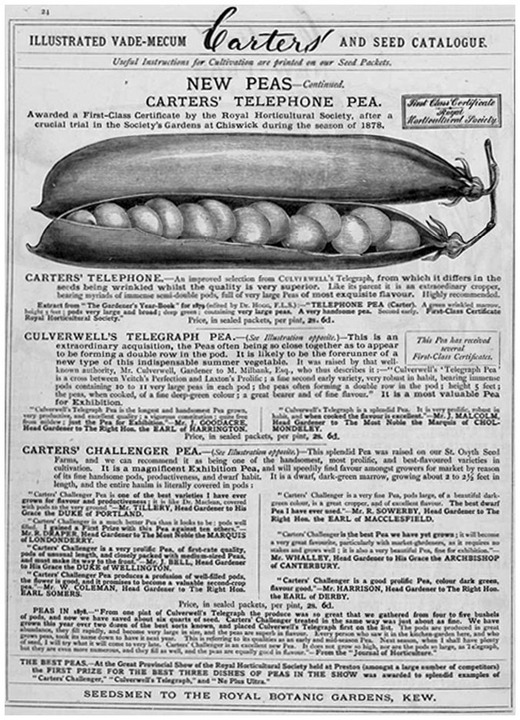 16The moral economy of plant breeding is the context of interaction between science and plant breeding which Palladino and Berlan have exposed but left largely unexplored. To that end the following case studies provide a window onto this historical feature of British plant breeding. We begin with the work of Major Hallett, a Brighton based wheat breeder. Berlan has pointed to Hallett’s work as an example of a new type of commercial strategy for plant breeders. Hallett’s work was not, however, a straight-forward rehearsal of later hybrid corn and terminator genes; the breeding method he used was not effective in cutting out pirates and savers of seed. Being aware of this deficiency, Hallett also courted the approbation of the moral economy of plant breeding, his varieties were a regular feature in the agricultural press and at the meetings of the baas .

46Further links to farmers were made when Biffen and his varieties appeared at the ras ’s shows. Biffen, who was the ras ’s consulting botanist for 40 years, found his varieties a place in educational displays designed to encourage their use by farmers. [21]

21For Berlan, although the details of Hallett’s story may differ from the hybrid maize story, the general pattern is the same; science was used as a means of protecting biological material which had traditionally circulated freely. In Hallett’s claims that growers had to return to him each year, Berlan sees a natural antecedent to the poor seeds of hybrid maize. Berlan’s views draw heavily from those of the world renowned botanist, and joint “re-discoverer” of Mendel, Hugo De Vries. De Vries’s himself, in the second edition of his popular botanist’s history of plant breeding, put the point like this:

7Breeders faced yet another problem in the form of competition with their rivals. Having lavished great efforts on persuading customers that one’s seed was as good as one’s reputation, a breeder could do nothing to stop competitors using this superior seed as the raw material for their own breeding programs, secrecy was mostly not an option. Indeed, many breeders produced what were known as “synonyms;” varieties taken from another breeder and renamed without any additional breeding at all. The other side of this problem, sometimes referred to as antonymy, was the application of an established variety’s name to inferior seed. In the world of nineteenth-century plant breeding nobody could cut out anyone else from using their products to perform more breeding, or, if they were unscrupulous, to simply steal a new variety. Breeders had very little protection against such practices. However, some firms sought to restrict their seeds to direct sales, in sacks marked with seals, thereby protecting their hard won reputations to some degree. In the catalogues, shows and societies where breeders sought to establish their reputations science was widely discussed. [6]