Many people are quick to run for the household LED lights because of their low cost compared to 600W LED grow lights. But don’t be misled by this initial cost, they may be cheap, but they were meant for indoor planting.

In a nutshell, using normal LED lights to grow indoor plants may require that you spend more funds on the cooling system. And you have to consider that these bulbs are less durable compared to dedicated LED grow lights.

All green plants need light to process food in a process known as photosynthesis. Special cells in the plant leaves convert the energy in the light into sugars, while giving off oxygen as a by-product. No wonder it’s so refreshing to sit in a room full of green vegetation.

There are three different reasons why using LED light, which are not plant-optimized, may limit or even halt the healthy growth of some indoor plants.

They are Just Inefficient

Normal LED lights only emit a limited spectrum of light, which is not sufficient for normal plant growth. That is why we, instead, turn to specialized grow lights for the full spectrum.

Generally, indoor plants specifically require two types of light wavelengths during photosynthesis. The blue light is needed for the vegetative stage whereas the red light is required for the flowering stage. Obviously, these plants need the entire spectrum of light when you consider that the main aim of an indoor cultivator is to mimic the natural growing conditions.

Most people usually assume this is a nutritional deficiency although it’s not. Plants that have been stressed will eventually produce low-quality yields, which can discourage you from continuing with your indoor planting venture.

They can end Hurting Crops Instead

Indoor plant growers who are tempted to go the easy way and plant cheap will be forced to keep on replacing their regular LED bulbs because their lifespan can’t match that of specialized LED grow lights.

Nevertheless, these wavelengths exist in distinct ratios, which, in plant-optimized LEDs grow lights, are ideally balanced to provide the needs of the plant. The problem with regular LEDs is that they mostly emit green and yellow wavelengths that most indoor plants make little use of in the production of energy. 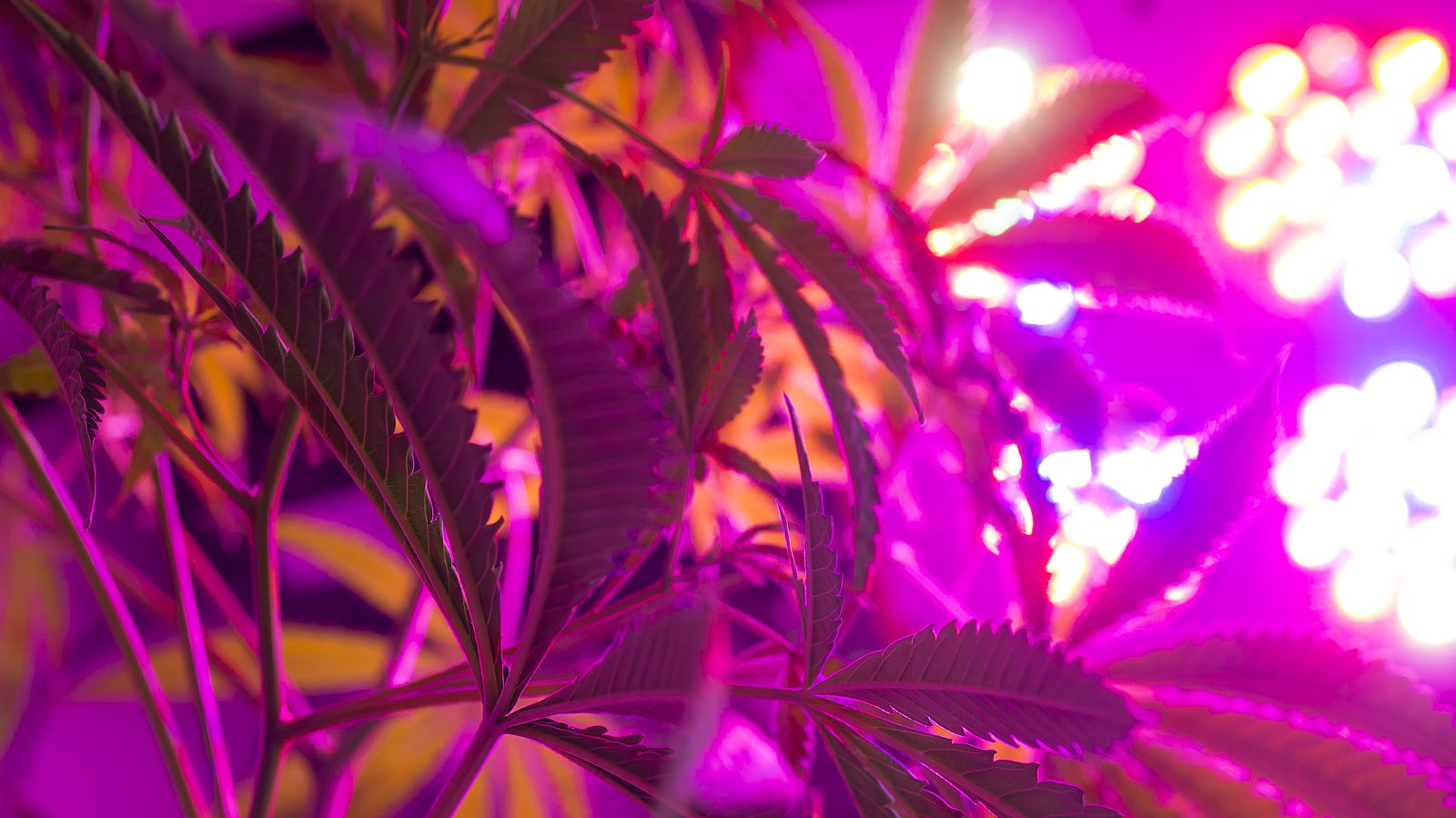 LEDs are more efficient than HPS bulbs generally, and as Yorio pointed out: “With HPS, light comes out of 360 degrees from the lamp. Half the light is going in the wrong direction, to the reflector hood, and that decreases efficiency. With LEDs, all the light is going the direction you want it to.” What’s more, you can also engineer LEDs to produce only the kinds of wavelengths that plants need for photosynthesis. Boom, no more “spending money buying watts from the electric company to create light that the plants don’t use,” Yorio said.

Heavens, it’s a big week for pot questions. Why just the other day I answered a query about whether it’s safe to use plastic soil beads in potted plants, and now this. Thanks for keeping the theme alive.

Unless, that is, the industry starts greening up its game. And research suggests that’s entirely possible: The Berkeley Lab estimates that upgrading to more efficient equipment and improving practices could reduce related energy use by 75 percent. And just like in our fixtures at home, switching to LEDs can make a huge difference. To find out more about how, I turned to Neil Yorio, technology advisor for a cannabis consulting firm in Denver and vice president of agricultural lighting research at BIOS Lighting. That company sells LEDs, but before his stint there, Yorio spent more than 20 years at NASA studying how to best raise plants on long-term space missions. The guy knows grow bulbs.

With recent reports emphasizing the energy-sucking nature of the weed industry, a reader from Michigan wonders if LEDs could save the day.

LEDs are beginning to catch on in the industry, which is great news for the power grid. But even with these bulbs in use, “indoor cannabis production is an energy hog,” Yorio said. “Anything we can do to reduce energy consumption of the grid is something we should be embracing.” Like what, you may ask? Here’s one idea: System-wide measures like demand response, where the electric plant would coordinate with growers to shift their bright hours to off-peak times, therefore reducing pressure on the grid. And of course, switching over to renewable energy sources such as wind and solar would be better still. These next-level practices aren’t off the ground in a major way yet, but here’s hoping the weed industry will press these changes soon. Say what you will about pot and motivation — a million dollars up in smoke every month on an energy bill seems pretty darn motivational to me.

And then there’s the heat effect. Because LEDs run so much cooler than HPS bulbs, growers don’t need to blast the AC quite as aggressively to keep their plants happy. All together, Yorio estimates, LED grow bulbs will get the job done for half the energy. And yes, the herb they produce is just as good — and often, yields are higher, said Yorio. Sometimes, the light spectrums emitted by LEDs let farms raise even more potent puffs.

Might not sound like much, but all this adds up to staggering electricity bills for growers big and small. That Berkeley Lab study reported that the legal indoor marijuana industry accounts for one percent of the country’s power consumption; some larger growers blaze through $1 million worth in electricity every month. In Denver, which is ahead of the curve with pot infrastructure thanks to its trailblazing legalization of the stuff back in 2012, the marijuana biz uses closer to 2 percent of the city’s electricity, and growing. As more and more states (24 and counting) legalize recreational or medicinal marijuana use, we can expect this usage to increase.

Marijuana aficionados stereotypically feel a deep and abiding connection with the natural world, or so I hear. So stereotypically, I’d expect it would harsh their mell to know what a whopping energy footprint their buds have. Pot may look like an oh-so-natural herb, but until recently the illegal nature of it has meant not much grew outdoors, kissed by sunlight and light breezes. Instead, as you note, most crops have been raised indoors, under enormously energy-intensive and inefficient lamps. The good news is there are indeed ways the indoor-weed industry can clean up its act, and LED bulbs are a big part of that.

Grist thanks its sponsors. Become one.

Your plants need to receive light from a full color LED light and this is only possible with LED grow lights. What this means is your plant will survive with LED light but they won’t get all the elements and nutrients required to offer a satisfactory return.

Can you use regular LED lights for grow lights? The answer is YES and NO. There is a high possibility that any old LED spectrum or color won’t be enough to help the plants grow.

The LED grow light niche is a better alternative where you will get different brands providing different light for various purposes.