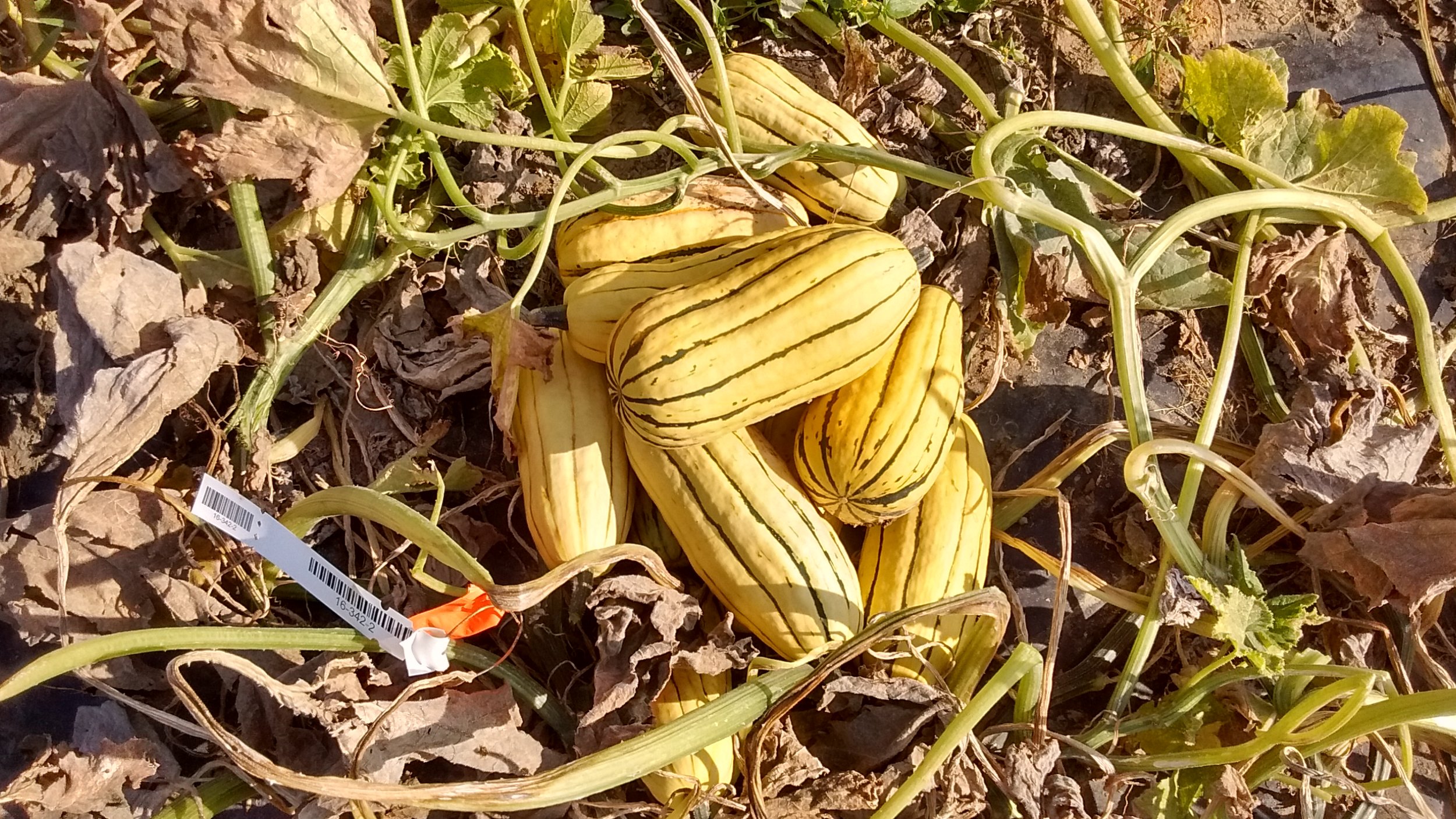 In order for farmers to be successful, they need access to seed of varieties that are appropriate to the growing conditions of their region, the production practices of their farm, and the markets in which they sell. If something grows well but no one wants it, it won’t sell. If something doesn’t grow well, there won’t be anything to buy.

Imagine going out to your delicata field next June and putting in the tiny seedlings that will, months later, bear fruit and signal to everyone the arrival of fall.

To be able to produce seed organically, we need varieties that are adapted to organic conditions. Instead of relying on broad-spectrum persistent pesticides, organic growers need varieties with innate resistance to the insects and diseases that attack them. Instead of managing weeds through extensive tillage and herbicide application, organic growers need plants that grow vigorously early in the season, so that their canopies shade out weed seedlings. Organic varieties need to be able to efficiently obtain and use nutrients from soil whose fertility depends on compost and cover crops. Plant breeders can adapt a variety to organic management by selecting plants that do well without the inputs on which conventional growers rely.

The report shows that organic vegetable growers in the Northeast rely on conventionally produced seed for some of their most critical varieties, even though the majority of growers surveyed said that their ability to source organic seed was important to them. In 1984, inspired by a TV report on the famine in Ethiopia, Bob Geldof organized the star-studded Band-Aid and co-wrote “Do They Know It’s Christmas,” one of the biggest-selling singles in history. The next year he organised Live Aid. In the intervening years, Geldof’s profile as a campaigning spokesman may have overshadowed his music career, but the seeds of his activism can be heard in the grooves of all those Boomtown Rats’ hits and in his heart, he’s just a humble song and dance man anyway.

Formed in 1975 in Dublin The Boomtown Rats exploded out of Ireland in ’76 and their fast, loud, furious music and their fast loud furious attitude meant they became part of the burgeoning punk scene. Singer Bob Geldof’s defiant motormouth arrogance and flagrant disrespect for authority endeared him and his band to every youth who felt weighed down by the heavy-handed blandishments of church and state. In the UK The Boomtown Rats first toured with the Ramones and Talking Heads rocking and mocking the status quo alongside the Sex Pistols, The Clash, The Jam and The Stranglers. They became one of the biggest bands of the late 70s/80s with a string of top ten hits and platinum albums, earning them Brit Awards and Ivor Novellos. Making history as the first Irish band to have a UK no 1 hit with ‘Rat Trap’, they went on to top the charts in 32 Countries with ‘I Don’t Like Mondays’ and racked up 6 era-defining albums: ‘The Boomtown Rats’ (’77), ‘A Tonic For The Troops’ (’78), ‘The Fine Art Of Surfacing’ (’79), ‘Mondo Bongo’ (’80), ‘V Deep’ (’82) and ‘In The Long Grass’ (’84).

Once famously described as ‘licentious, festering reprobates’ and ‘leprous anti-establishment scumbags’ and banned from playing in their home country, it’s difficult to overestimate the shock and awe The Boomtown Rats inspired in late 70s Ireland. Fronted by “one of Irelands greatest lyricists” (Hot Press), they set out to “disrupt, disturb and question what it meant to be young in the Ireland of the mid-70s”.

Says Bob: “Age, curiosity and cash prompted our interest in getting together again. Curiosity about each other and what we did together in the ’70s and ’80s. Curiosity about those songs that seem to have endured and the music and band that powered them. When I sang again Rat Trap, Looking After No 1, Mondays, Someone’s Looking At You, Banana Republic, She’s So Modern etc, there was nothing I would change. On rehearing, on re-signing them I understood that they could have been written yesterday. The circumstances within which they were written hadn’t changed. Tragically and unfortunately I could sing those words with utter conviction. This isn’t nostalgia, rather perhaps a time to be angry again. Time to go back to Boomtown. If only for a short while. ”