Within the flowering stage, there are three subphases:

If you’re growing weed indoors, you can grow whenever you like. Keep in mind that the outside environment will affect your grow space—you may need to add heaters in the winter or fans and ACs in the summer. Other than that, you can start seeds whenever you like and flip them into flower whenever you like, depending on how big you want the plants.

At this stage, the plant is vulnerable to disease and mold. Keep its environment clean and monitor excess moisture. Be sure to give it plenty of light.

We can’t stress enough that the timeframes in the above graphic are ranges of time for the Northern Hemisphere. You’ll need to adjust them based on your specific region and local weather and climate. 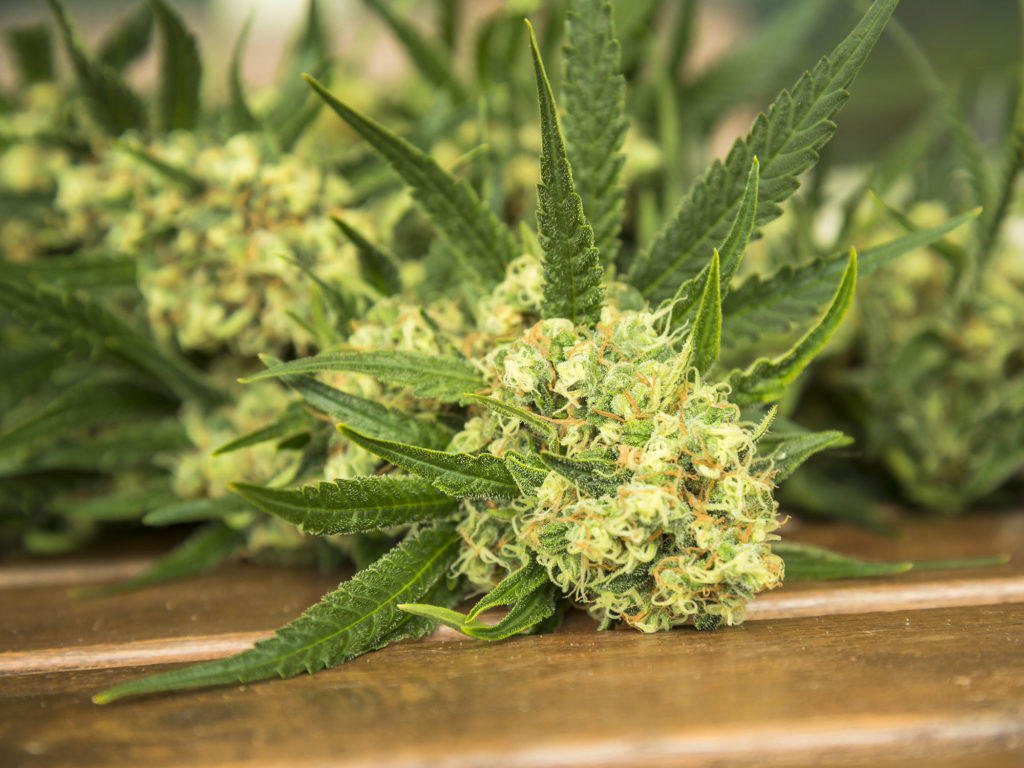 Those who are starting their marijuana garden with seeds should begin in the spring. The flowering period should occur after the summer solstice, in which the plant begins using its energy to make flowers rather than for its vegetative growth. Depending on where you are in the world, the springtime will be a different month in the year. However, it is important to make sure that the cold nights are behind you and that the nights are getting shorter.

The time of planting your cannabis plants will vary depending on the method with which you are using to grow them. Some growers will be beginning from seeds, in which case they will require a little bit more time to grow. Others will be starting their garden from clones, and in this case the long nights will induce a flowering period very early, meaning they should be planted a little bit later into the summer.

Growing marijuana outdoors means going with the seasons, so the success of your outdoor marijuana garden is heavily dependent on timing. In this article, you’ll learn when the best time is to grow cannabis, whether growing from clones or growing from seeds. This article is a must read for any marijuana grower, both beginners and experienced growers alike!

If you are growing outdoors, you are victim to the seasons that are occurring under the sky. As a result, it’s important to time your garden carefully, as this plays an enormous role in the life cycle of a marijuana plant. There are certain times of the year when marijuana is known to flower best, and in order to have it reach the flowering period at the correct time, some work has to be done in advance. You must make sure that you plant your marijuana in the garden with enough time to vegetate before reaching the flowering stage. Unlike with indoor operations, there is no real control over how long the vegetation stage takes with outdoor plants, which means they can grow to be enormous.

The difference between using clones and seeds

If you are one of the adventurous cannabis growers out there who is still interested in growing cannabis outdoors, this is for you. Indoor grow operations are becoming more and more popular as growers realize that they are not bound by the seasons. However, there is something extremely rewarding about growing cannabis outdoors, in its natural environment. Outdoor-grown marijuana usually comes with stronger aromas and stronger flavours, and makes for a better marijuana experience.

Those who are growing their marijuana plants from clones do not need to begin until the summertime. This ensures that the plant has enough time in the vegetative state to get long enough before the flowering time begins. Again, it is best if the flowering period begins just after the summer solstice, and plants grown from clones require less time than those grown from seeds. Then, clones really just require the summer to grow tall enough to be ready for flowering.