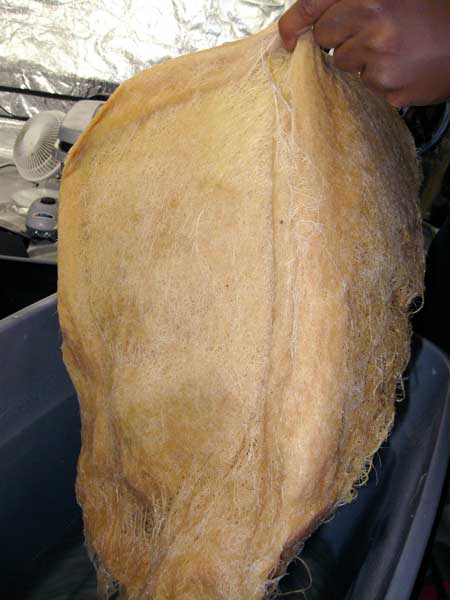 When growing cannabis in containers, for example with soil or coco, it’s important to give your plant roots enough room to grow. If they run out of space, it will limit the size of your plant, and often causes nutrient deficiencies and other problems like persistent droopiness. If your roots have circled around the edges of the container, it is rootbound and should be transplanted to a bigger container immediately!

With living soil, a colony of microorganisms in the soil creates an ecosystem that mimics the best-of-the-best soil in nature. The nutrients are slowly broken down from organic sources and delivered directly to your plant roots. For some reason, plants grown in this type of root environment tend to produce very strong-smelling buds. One thing that’s really great about living soil is you usually don’t need to use any added nutrients.

Common Cannabis-Friendly Coco Coir Mixes in the US:

We declared coco coir the winner of this little contest, but all the mediums are the best at one thing. Get the best brand of cannabis grow medium to match your preference and grow style.

Plants in soil grow a little slower than in coco or hydro, but soil-grown buds tend to have a stronger smell/taste. Although using a standard soil potting mix and giving nutrients in the water gets results similar to coco, using amended and composted living soil tends to produce buds with a powerful and complex scent/taste profile.

Common Cannabis-Friendly Soil Mixes in the US:

Allow me to explain…

Check out the rankings above; in this case, the medium with the lowest number ranks the best. If you add it all up, Coco Coir ends up being the winner and it’s clear why. Coco coir isn’t the best at anything, but it’s the second-best at pretty much everything: it grows almost as fast as hydro, it’s easier to use than soil, yields second best to hydro and gets fewer bugs than living soil. Coco coir is kind of a jack-of-all-trades and a master of none. 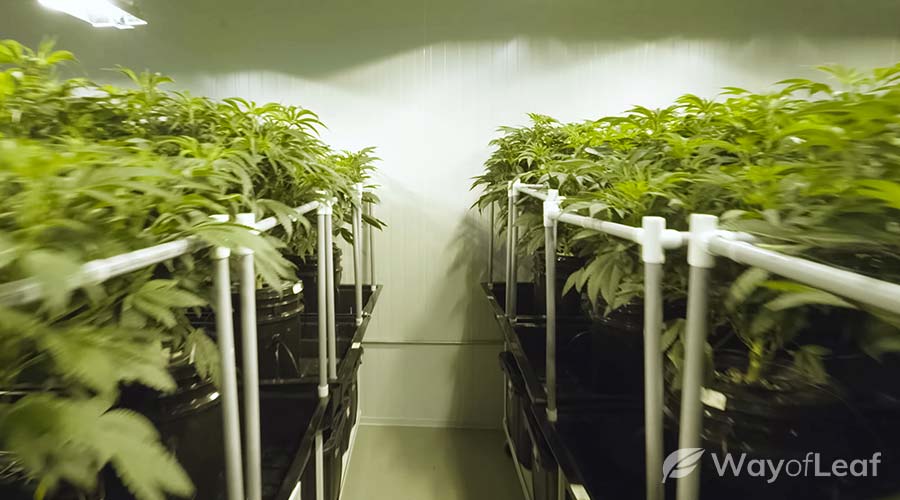 Perlite is also made from expanded volcanic rock. However, it is light, airy, and allows for excellent drainage. As a result, people often add perlite to their container grows. In general, growers tend to use a combination of the two, rather than relying on one or the other. A lot of individuals also like to use perlite and coco coir together.

When growing cannabis with soil, use loose, non-peat based potting compost. Ideally, it will also include up to 30% of perlite, or another soil ‘conditioner.’ This should ensure adequate drainage to ensure there are higher amounts of air/oxygen in the soil. As a result, your plants should grow even faster. However, they tend to grow slower than if you use a hydroponics system or coco coir as your growing medium. On the plus side, soil-grown weed tends to have a stronger taste and a more pungent smell.

It offers water-resistant insulation while still enabling a greater level of water retention in a hydroponics system. As a result, more water remains trapped inside the block and is easily accessed by the cannabis plants’ roots. Rockwool is fibrous, so it permits a greater level of aeration. In simple terms, the roots find it easier to locate oxygen.

There is also composted ‘super’ soil that contains all the nutrients your plants need from seed to harvest. These mixes include a variety of organic ingredients, including worm castings, bat guano, bone meal, and other amendments. You can make your own, but getting your hands on the raw ingredients isn’t a simple process.

As nature’s growing medium, one would expect to pay the least for soil. If you can grow outdoors in fertile soil, you already solve a significant problem. However, most people cultivate cannabis indoors and must buy the soil. As for price, the truth is, you will likely see enormous differences depending on the brand.

However, one must not overlook the growing medium your plants use. It is, after all, what your plants grow in. As long as their roots have room to grow, and consistent access to fresh water, oxygen, and the correct level of nutrients, your plants should thrive. Nonetheless, a growing medium makes a difference in the overall growth of your crop. An unsuitable medium could provide the wrong (or inadequate) nutrients or fail to drain correctly. It could also attract an increased number of pests, or impact how quickly the plants grow.

Cheap potting soil requires nutrients, but you could save cash if you plan on overseeing several harvests. You can use the leftover nutrients for your next grow, for example. Also, even low-cost soil should have enough nutrients to last for a few weeks.

Not strictly a cannabis growing medium, hydroponics is an umbrella term for various techniques that involve growing weed without soil. Hydroponic systems vary significantly in nature, yet all involve delivering nutrient-rich solutions directly to the roots of a plant at set intervals.

Of course, all this depends on the grower adding the right blend of nutrients into the mix. Coco coir itself is inert, which means it contains no nutrients and can’t support plants on its own. It also lacks any microorganisms found in soil, so growers are responsible for manually controlling every variable.

The absence of soil also reduces the chance of disease and minimises the potential for nutrient ‘lockup,’ which occurs when nutrients become fixed in the soil and remain unavailable to plants. As a result of all these things, hydroponic systems allow growers to boost their yields considerably.

Because about a third of the fibres in coco coir repel water, air pockets are always present. Within such a structure, roots can grow and access nutrients much more easily than soil, which frees up more energy for plant and bud development. For this reason, cannabis plants grown in coco coir tend to grow faster and become larger than those cultivated in soil.

On the downside, soil can harbour pathogens and pests that could harm your plants. Additionally, the natural growth rate in soil is less than in other growing mediums. Some of which can support larger cannabis plants and greater cannabinoid yields.

Plants have been growing naturally in soil for millions of years. It’s only logical to use this widely available material as a growing medium for cannabis. Cheap and easy to work with, the soil is probably the best choice for all novice growers. It’s also considered by many to produce the best-tasting weed.

Finally, some growers choose to add peat moss to their soil, though this is somewhat controversial. The process by which peat moss is extracted from peat bogs produces considerable carbon emissions and destroys local ecosystems, so some countries are considering banning it.