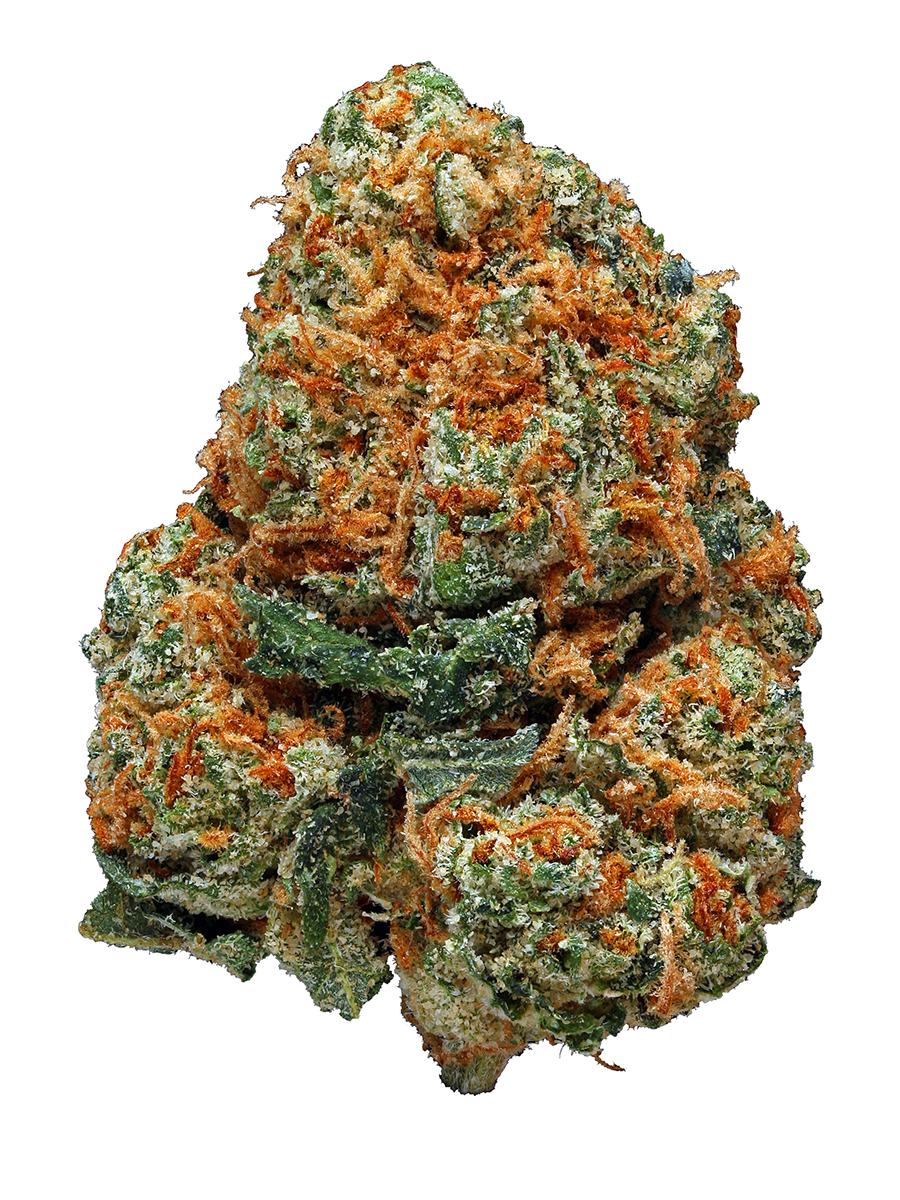 This strain is the California-cut daughter of the famous OG Kush hybrid strain.

Abusive OG’s THC levels average between 13%-18%, with CBD levels between 2%-5% depending on cultivation conditions. Reviewers describe Abusive OG’s high as contradictory to its name, producing a peaceful state of mind that invokes happiness and a cerebral head high that stimulates thoughts and focus. Following the head rush, the consumer will feel a relaxing body high the relieves aches and creates the munchies. Many describe the head high as similar to a sativa strain, without the grogginess or sleepiness many indicas produce.

The pure indica cannabis strain Abusive OG emits a spicy, earthy, and sometimes skunky scent and taste with lemony undertones. Some reviewers have described it as similar to green tea. When harvest-ready, this strain will bare small buds that are a deep green, covered in milky-white trichomes and thick orange pistils.

Dry mouth is to be expected with some reporting small bouts of dizziness if Abusive OG is consumed in high doses.

Abusive OG has received a plethora of positive reviews with many claiming it as their favorite strain.

Abusive OG is one of the cuts that were close to the original strain being more Sativa dominate . The clear headed nature of the Abusive OG strain hints to its Sativa dominance but don’t let this fool you. OG Kush was labeled as a Kush for a reason and not just to confuse you. It’s to resemble its potency and ability to knock out the patient just like a Kush . The strong clear headed effect uplifts the patient in a state of euphoria seems to make you forget your pain instead of the intense body effect you get from a heavy Indica . That’s why moderation with Abusive OG strain is suggested because one hit will make you happy; the next will put you to bed. Patients love this strain for its classic lemon pine taste and smell along with its award winning effects. The true version of Abusive OG strain is only in clone form and produces low yields. If you find one that has different results more than likely it was a cross, as the original Abusive OG strain is a low yielding plant and was crossed with other Indica s and Sativa s to obtain bigger yields.